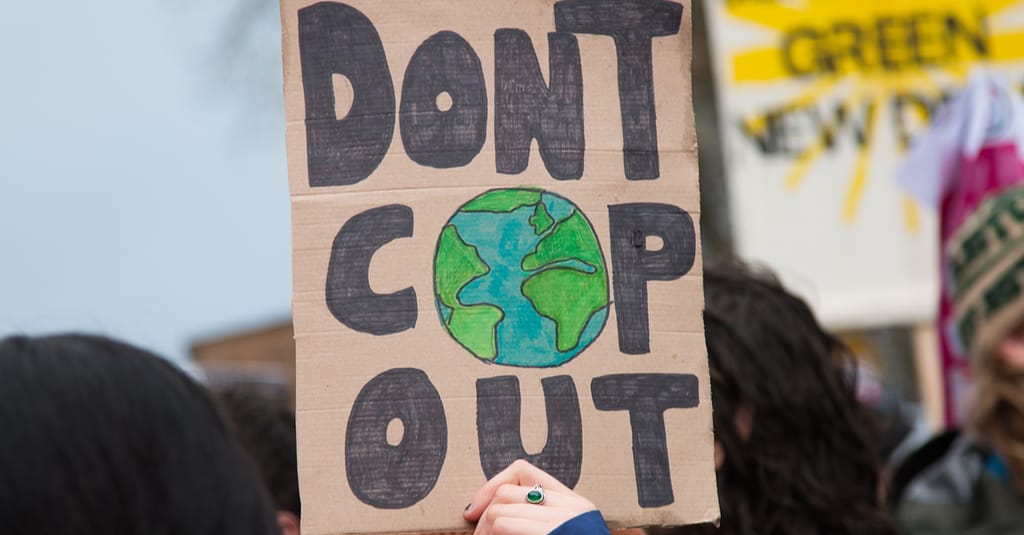 Was COP26 a success?

COP26* was described by Chairman, Alok Sharma, as “our last best hope to keep 1.5oC in reach”. The COP had to deliver on its four main objectives to be considered a success, but failed, with emissions reduction pledges by the 197 attending countries leaving us on track for a dangerous 1.8 – 2.4oC global warming.

However, the Glasgow Climate Pact — signed by 197 countries, did record some positives.

Coal finally makes it to COP!

Significantly, coal gets a mention for the first time in a COP agreement (see Global Coal to Clean Power Transition Statement) with 46 signatories agreeing to phase down unabated coal power and phase out inefficient fossil fuel subsidies.  We’ll discuss abatement in our next newsletter. It would have been ‘phase out’ but last-minute objections by India led to watering down of the language. Significantly, Australia did not sign off on this critical element, but we will feel the effects, as the world’s second-biggest thermal coal exporter. Seventy-four percent of our coal exports go to countries with net zero commitments, so we are vulnerable to lowering demand, and to phasing out of subsidises on imported Australian fossil fuels, which will mean lower export earnings.

‘Technology not taxes’ is the cornerstone of our federal government’s climate change policy, so it was no surprise that they signed the COP26 Breakthrough Agenda. This international clean technology plan provides a framework for countries and businesses to accelerate the innovation and deployment of clean technologies in power, road transport, steel, hydrogen and agriculture.

As UK Prime Minister, Boris Johnson said, the Agenda is about “making clean technology the most affordable, accessible and attractive choice, the default go-to in what are currently the most polluting sectors, we can cut emissions right around the world.”

This includes electric vehicles, of course, and the federal government is partnering with the private sector to fund 50,000 home-based EV charging stations, plus 1000 for public use and 400 in businesses.  Unfortunately, we won’t see subsidies or tax incentives to make electric vehicles cheaper,  perhaps explaining why the government did not sign up to the COP26 declaration on accelerating the transition to 100% zero emission cars and vans.

141 countries also signed up to action on deforestation, including Australia. Ninety-one percent of the world’s woodlands are represented by the signatories, who aim to ‘halt and reverse forest loss and land degradation by 2030, while delivering sustainable development and promoting an inclusive rural transformation’.

This declaration is significant because reversing forest loss and land degradation is critical to addressing climate change, biodiversity decline and sustainable development. Such action will challenge many countries, including Australia, and, for us, could mean a tightening of domestic law to prohibit deforestation by 2030, with obvious ramifications for agribusiness.

But, as Kate Dooley, Climate & Energy College, The University of Melbourne, puts it:
“We can’t tackle forest loss without tackling the trade drivers behind it.”

You can do this — LEDing the way!

Australia also signed on to support the SEAD (Super-Efficient Equipment and Appliance Deployment) initiative. This pledge is about making your kitchen appliances, lights, air conditioners, and industrial motors, more efficient. Obviously, a more efficient fridge uses less electricity, so powering it emits less carbon. Your LED lights use around 14% of the electricity consumed by incandescent bulbs and can last 20 times as long.

Translating this to a country-wide initiative will reduce our total carbon emissions. Australia is already doing much of the work pledged here, through its Climate Active initiative and Carbon Neutral standard, a partnership between industry and the Department of Industry, Science, Energy and Resources. DISER also supplies resources on energy savings for households and businesses.

The question is, did COP26 deliver on its objectives? The short answer, “no”, hides positives, including galvanisation of further action in our communities and industries. Perhaps we have also realised that climate change action really is up to all of us, individually and collectively.

Countries are expected to come back to the table next year (COP 27, Egypt) with strengthened targets that will go towards keeping 1.5oC in reach.  But with the heat on, will these countries deliver, or increasingly resist change?