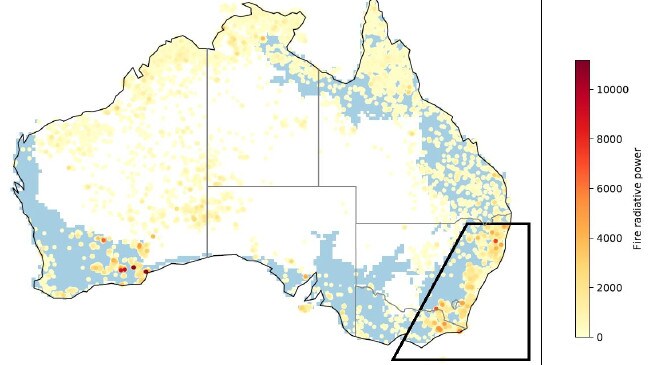 Climate change did play a part in Australia’s devastating 2019 bushfire season as it has increased the chances of extreme temperatures by at least 30 per cent, a new study shows.

The eight-week study from World Weather Attribution (WWA), an international collaboration that analyses the effect of climate change on extreme weather events, found a strong link between climate change and hotter-than-normal conditions in Australia during the time of the 2019/20 fires.

Last year was the warmest and driest year in Australia since temperature and rainfall records began in 1910 and 1900, and it follows two other dry years in large parts of the country.

According to the Bureau of Meteorology’s Annual Climate Statement 2019, these conditions contributed to a more widespread and intense fire season that started earlier in the season than usual. Other factors included a strong Indian Ocean Dipole and the Southern Annual Mode.

The WWA study looked at what caused the high temperatures and prolonged dry conditions between September to February, to see if they could be linked to climate change.

While they couldn’t link climate change to the drought, it did find a 30 per cent increase in the likelihood of high temperatures.

As climate-heating emissions continue to increase, “We will be facing these extreme conditions more often than in the past,” said Maarten van Aalst, a climate scientist and director of the Red Cross Red Crescent Climate Centre.

“Should we be worried about this? Yes, very,” he told journalists.

The study also suggested that scientific models may be vastly underestimating the impacts of rising temperatures.

“However, they always underestimate the increase in chances for extreme fire risks such as Australia saw in the last few months.

“This means we know the effect is likely larger than 30 per cent increase lower bound, which is already a significant influence of global warming.”