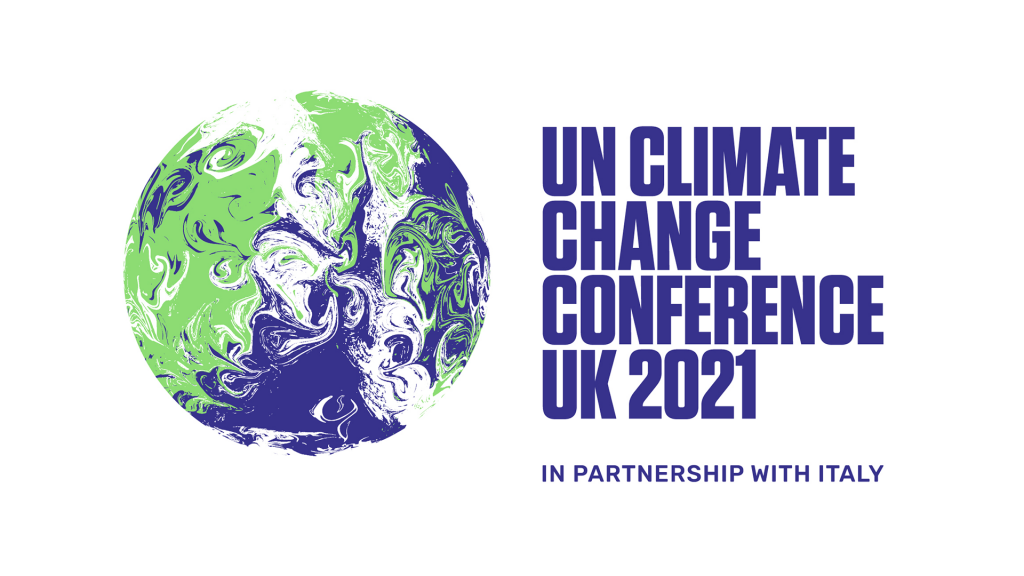 The 30th of October will be a hopeful day, the opening of COP26 — the two weeks that follow will determine our future and that of our only planet.

COP26 is the 26th UN Climate Change Conference of the Parties to the UNFCCC, hosted by the UK and Italy, and running until the 12th of November in Glasgow, Scotland.

The choices we make in the year ahead will determine whether we unleash a tidal wave of climate catastrophe on generations to come. But the power to hold back that wave rests entirely with us.

COP26 will test the Paris Agreement signatories on the action behind their emissions reduction pledges. At COP21 in Paris, 2015, 192 signatories (191 countries plus the EU) committed to reducing emissions and collaborating on climate change adaptation. This means that each signatory is expected to produce an increasingly ambitious national climate action plan — a Nationally Determined Contribution(NDC) — every 5 years, with the goal of reaching net zero global emissions by 2050. Net zero means that the amount of greenhouse gas produced is the same as that removed from the atmosphere.

Lead-up meetings set the stage for the big event.  From the UNFCCC regional climate weeks  (including the Asia Pacific meeting in July) to the Pre-COP and Youth4Climate events in Milan, Italy in September, to Global Climate Change Week  (18th – 24th October) and the upcoming 16th UN Conference of Youth (28th – 30th October). Finally, we have the G20 from October 30th to 31st. It’s been busy!

The focus is on cutting emissions in half by 2030 and securing net zero emissions by 2050, to keep 1.5oC within reach. Right now, we are on track for 2.7oC, and that would be disastrous.

Negotiations and discussions will focus on five priorities, according to COP26 President Alok Sharma:

We have a People’s Advocate!

COP26 will have a cast of 25,000, COVID permitting. More than 100 world leaders, including Scott Morrison. Russia’s Vladimir Putin will not be there. China’s Xi Jinping has not confirmed either way, but his climate envoy, Xie Zhenhua will be there, as he has for the last 10 year’s COPs. Queen Elizabeth II will be nearby, in Edinburgh, as will Pope Francis — both will have representatives in Glasgow. Sir David Attenborough, the COP26 People’s Advocate, will be there, as will UN Secretary General, Antonio Guterres, Ursala von der Leyen, President of the European Commission, and Climate Activist, Greta Thunberg. And from here, the Climate Council’s Chief Councillor, Professor Tim Flannery, and Head of Research, Dr Simon Bradshaw, and  Andrew (Twiggy) Forrest, amongst many others.

Be part of the action!

How do we stack-up?

Our allies and trading partners have some impressive commitments on the table already (Table 1). What does that mean for Australia, given our current offering?

“Climate change is realpolitik. It’s a diplomacy issue, a security issue, a trade issue. And in years to come, the only great powers will be green powers.”

And those Kiwis. New Zealand’s record is far from perfect on the emissions front, but our ANZAC mates have become the first country in the world to pass a law forcing financial institutions to disclose, and act on, climate-related risks and opportunities. This follows from their Climate Change Response Act (2002) and that legislation’s 2019 Zero Carbon Amendment. Commitments to net zero by 2050 are in place, but the Kiwis are still waiting on their government’s updated 2030 commitment, currently 30% from 2005 levels, less than a week out from Glasgow.

As Henrietta Cook wrote recently in the Sydney Morning Herald: “Don’t leave it to the leaders … Everyone can play their part in reducing global emissions.”

The Australian private sector is making the most of clean energy investment opportunities as we approach COP26.  Atlassian founder Mike Cannon-Brooks and his wife, Debbie have pledged to invest and donate $1.5 billion to help reduce climate change impacts. This follows from the $1 billion or so they have already invested in clean economy ventures. The Brooks are lead investors, with Andrew ‘Twiggy’ Forrest, in the $20 billion Sun Cable Project, aimed at selling power to Singapore via a cable from what is intended to be the world’s largest solar farm, to be based in the Northern Territory.

Then there is the Million Jobs Plan, put together by Beyond Zero Emissions (BZE), Australia’s  internationally-recognised climate-action think-tank. They claim that new green export industries could potentially be worth $333 billion per annum, and create 1.8 million jobs, to meet growing demand for zero-carbon green steel, renewable hydrogen and ammonia, green aluminium and minerals. This substantial market is expected to dominate global economic growth this century, but we’ll have to be quick If we want a share, as many of our major trade partners have committed to net zero and are looking for alternatives to fossil fuels.

No time for excuses

COP26 starts in less than a week — the world hangs on the outcome.

Delegates must “come with new commitments for serious cuts in emissions by 2030 – 50% or more. Come with commitments to become net zero before 2050. Do not come with excuses. That time is past.”

Climate change is the greatest challenge humanity has ever faced. These coming two weeks will determine how the mums and dads of Sydney, Melbourne, Perth, Adelaide — our great-great … grandchildren view us in 2121, in 2221. Will it be with gratitude? That we did the right thing while there was still time?  Let’s hope.