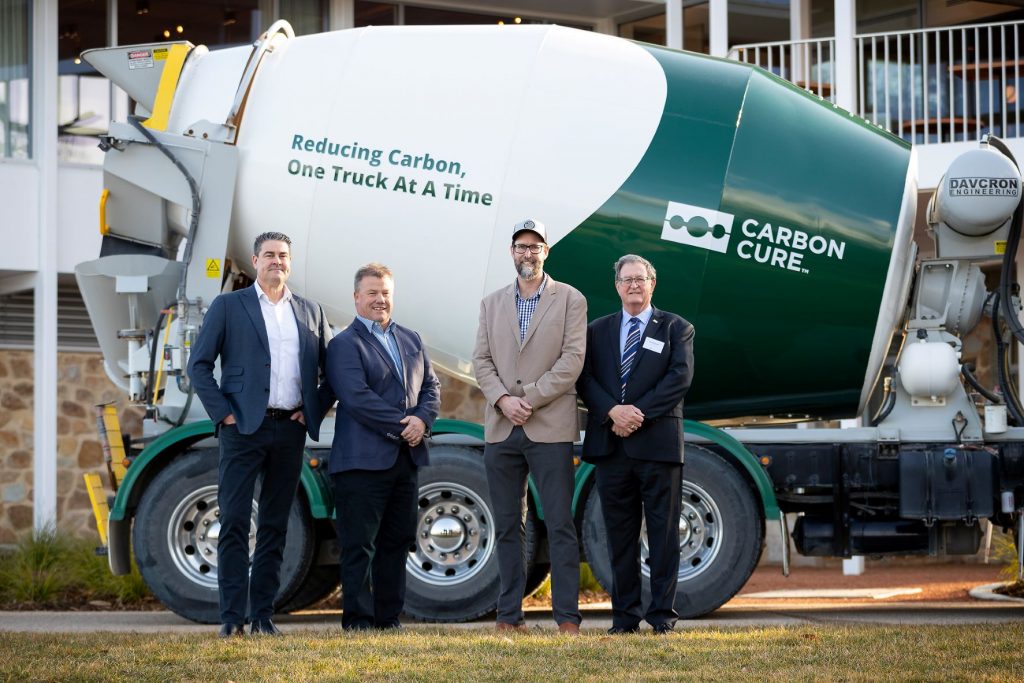 The Romans used concrete to build the Colosseum in 70 AD. Two thousand years on, 30 billion tonnes of concrete are produced annually, and cement-making has become a major source of greenhouse gases, accounting for 8% of our global CO2 emissions. But now, we have the means to capture some of that carbon, with technology from a surprising source — the concrete-making industry itself.

Enter Carbon Cure, an innovative, Canadian, carbon capture and storage (CCS) system and company. In a first for Australia, the ACT’s Hi-Quality Concrete (HQC) have just completed successful trials with Carbon Cure’s technology in their production line, in partnership with CE Construction Solutions. HQC’s Carbon Cure venture was launched by His Excellency, Mark Glauser, Canada’s High Commissioner to Australia, in early August — now their carbon dioxide-storing concrete is about to hit the market.

“The technology has been received positively by everyone, with a lot of interest from architects and engineers and the ACT Government — they’re all keen to see how it is in the field.”

How does it work?

Carbon Cure could reduce these emissions significantly.  Dawes said that HQC is talking with Climate Active about an environmental product declaration (EPD) for the system. Carbon Cure is not yet registered for a Green Star rating, issued by the Green Building Council (Australia), but does achieve their cement reduction targets.

HQC will be entering the market in the next couple of months to accommodate the growing interest.

“A couple of ACT engineering firms have already specc’ed CarbonCure concrete into a couple of government jobs and we hope to start using it very soon.”

Carbon Cure’s technology is used by concrete producers across 25 countries throughout the Americas, Europe and Asia, and has saved about 190,000 tonnes of CO2 emissions, to date. Now HQC and Carbon Cure are helping to put Australia firmly back on the climate action map.